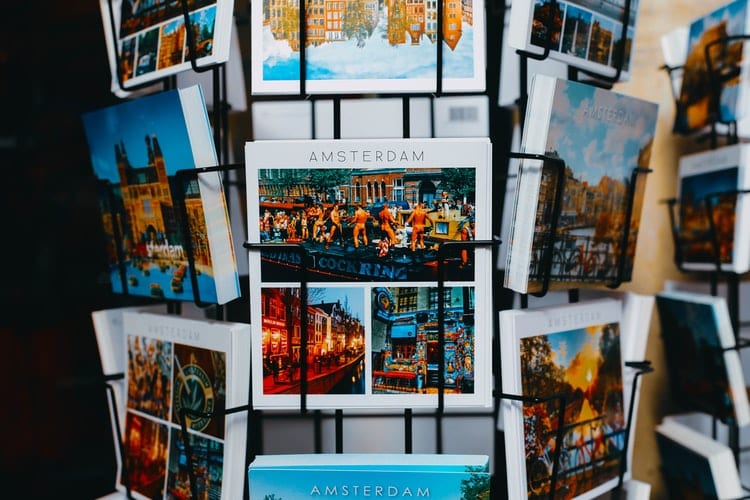 Print Advertisements: Reasons why this Media is Becoming Obsolete

Print advertisements do not reach the masses any more

Before the internet became a global force, print media ruled supreme. However, this is no longer the case as digital media continues to rise to the top. While advertising revenues grew by 5.5% in 2018, global ad spend on print advertisements dropped to $26.8 billion. Meanwhile, total global ad spend on digital ads breached the $100 billion barrier in the US alone. But why is the print media declining at such a sharp rate? 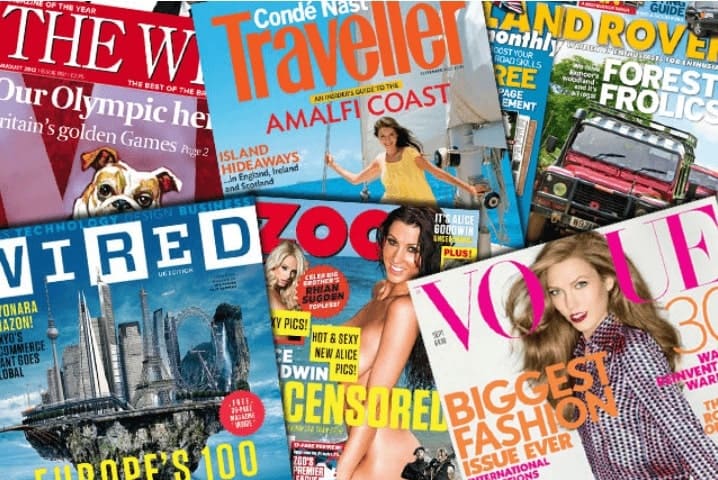 Magazine readership is at its lowest point as more people migrate to social media and other digital platforms. The fewer the readers, the lower the penetration of magazines. Accordingly, marketers would want to move towards advertising vehicles that can reach many more people. Unfortunately, the situation is not getting any better for print media. In the US, digital ad spend is worth more than traditional ad spend. As such, print advertisements could be head for the obsolete.

Agencies are becoming more creative and levering more  Ambient Media tactics. This concept is applied by niche advertising agencies that aim to overcome the boring traditional ads to get the attention of consumers. Traditional OOH as billboards has been witnessing a decline in the effectiveness so there is a  greater demand for unusual communication vehicles.  Another factor that contribute to the success of agencies using ambient media is the smart way to retrain the attention of the audience by inserting the element of surprise.

Think of this as small moving billboard that your target audience will grab in their hands.

The new fitness center can place a promo code on pizza boxes after eating a certain amount of calories!

The entire traditional OOH advertising sector is under existential threat

Print media is not the only advertisement vehicle that facing an existential threat but also traditional OOH media. This is because OOH advertising falls short in critical areas like audience targeting. Certainly, traditional OOH vehicles like billboards reach many people. Placed in a busy area like New York’s Times Square, a digital billboard is visible to millions of people in a month. Nonetheless, it could be that only a tiny fraction of these people has actual interest in the ad.

Due to the inability to target the exact audience, traditional OOH media have a problem achieving desired ROI. On the one hand, traditional OOH advertising vehicles are costly. For instance, one pays in the upwards of $30,000 for a spot on Times Squares’ billboards. However, if the returns are slim, then the media is not worth the investment.

The high billboard costs are not worthwhile

Typically, advertising agencies price their services based on the value they expect to give to their clients. As such, one would expect that billboard costs would reflect the expected return for advertisers. Nevertheless, the high impressions that billboards generate rarely translate into direct action. This makes the high billboard costs nonsensical.

To be sure, billboard advertising is revolutionizing with the increased adoption of digital billboards. This makes billboard rental more attractive because of increased visibility. Notwithstanding, this new technology lacks the kind of reception that advertisers would depend on to increase their reach. The very nature of the electronic billboards makes them visual pollutants. As such, cities across the globe are in the process of doing away with this advertising vehicle.

Key card advertising entails use of hotel keycards to popularize brands. Using hotel key cards to advertise is a form of guerilla advertising tactics aimed at maximizing audience targeting. Particularly, key card ads enable advertisers to narrow down their target audience to the exact demographic group or social class. For instance, an advertiser can target an establishment that is a favorite spot for affluent people. This way, one will ensure the brand is visible to an affluent audience only. 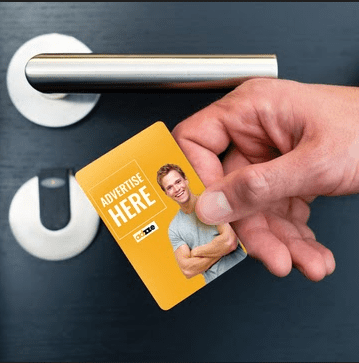 Fortuitously, key card ads are easy to deploy compared to, say, digital ads. For instance, one only needs to print a special message and a business logo on the key card. Then, the advertiser delivers the key cards to the target establishment. The whole process from key card printing to delivery is fast and cheap.

An effective advertising strategy should enable a clear way to track number of impressions.  Traditional billboard advertising display lack of targeting and tracking possibilities. If the billboard is placed at the sideroad of a highway, many drivers cannot focus on the ad message generate a  low engagement with the target audience. Recently, unconventional agencies came up with alternatives to solve the targeting issues with approaches as mobile billboards, digital OOH, ads on trucks and other ads in places people don’t expect to see as flags, backpacks, inflatable objects, gas pump and balloons.

Pizza Box Advertising is a more effective tool because it creates an effect of surprise in the mind of the consumer that receives the pizza boxes. This element of surprise regains consumers attention as it generates a cognitive stimulus. This effect makes the ad message more memorable. Each pizza box top can be seen on average by 3 people per household. They will have a meal staring at your advertising message so it will be impossible to ignore the message. 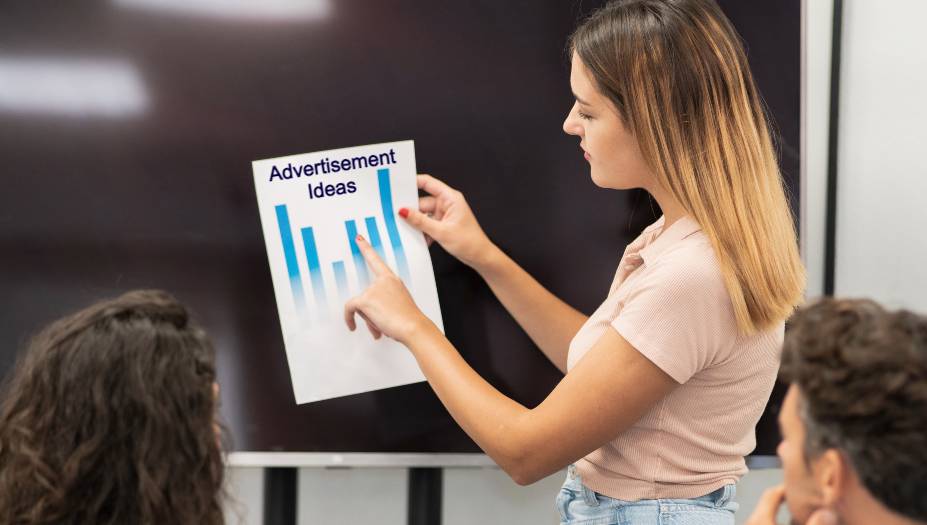 5 Creative Advertisement Ideas for Your Business 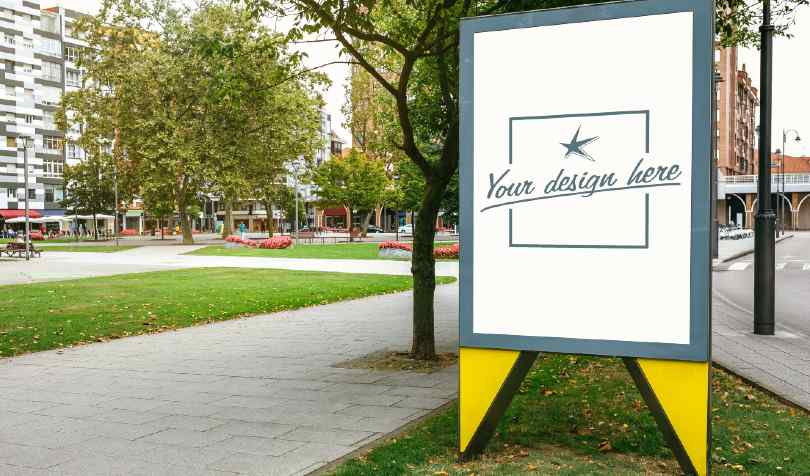 How Much Does It Cost For A Billboard Advertisement? 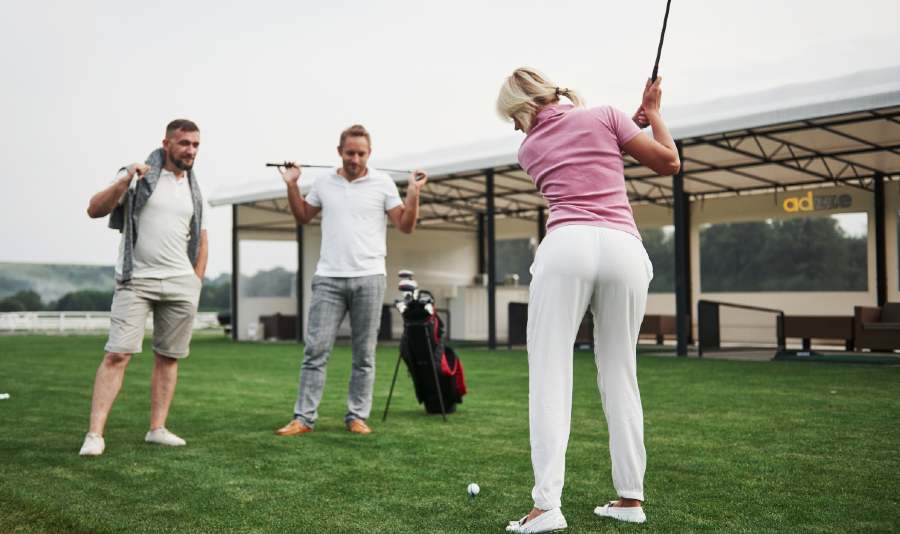 5 Ways Golf Ads Will Help You Get More Business