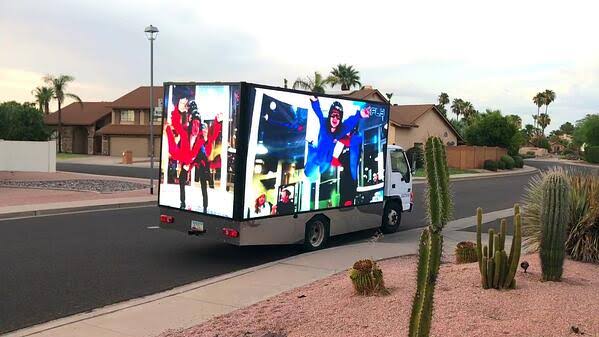 The Current Impact on Billboard Advertising

It is no doubt that ad spends has been impacted adversely on a global scale since the full outbreak of the novel coronavirus. The forecasts for the biggest ad markets – U.S and China – have proved to be true, with somewhat shocking statistics. One such obvious effect would be a decline in ad revenue, which resulted from a drastic change in consumer behavior. While people are in quarantine, observing social distancing, they`ve quickly learned to pull the reins on their spending and focus on essentials to ride out the crisis. The impact of COVID-19 on the advertising industry, though varying from sector to sector and from product and service to product and service, is one of the worst in the US economy, and experts fear that the results for advertising will be worse than the economic crisis of 2008.

Advertisers on the digital media also have to face the challenge of blocked ads because of efforts to check the proliferation of wrong information about the pandemic on the web. Naturally, revenues will plummet following the drop in ad spends across every sector. In a recent report published on Influencer Marketing Hub, 65% of 237 surveyed brands noticed a decrease in revenue during March.

Digital mobile billboards: what will change

Generally, a mobile billboard is transferable from one place to another during an outdoor ad campaign. Usually, advertisers mount such billboards on the side of trucks or boats. Alternatively, the advertisers can wrap cars with a poster containing specific messages during the ad campaign. The primary aim of the wraps is to build awareness to a brand or to sell a product/service.

Usually, car wraps contain static messages. The most popular material used to print the message is vinyl. Particularly, it is easy for advertisers to paste the vinyl on the side of a car or all around it. On the contrary, it easy to digitize the mobile billboards mounted on trucks. Notably, digital mobile billboards can display animated images on a rotational basis. A single message takes a certain amount of time, typically a few seconds but less than a minute.

Advertisers have been using alternative to static billboards as vehicle advertising or digital mobile OOH. However, the use of advertising trucks during the ad campaign has risks as impact on reputation. When the truck carries the brand on the road, it plays the role of a brand ambassador. Any potential incident might risk other people on the road. If the truck driver misbehaves, the brand might suffer in terms of reputation. It is because the audience will associate bad behavior with the business. In addition, advertising trucks have several pitfalls as low return on the ad investment, difficult to track the outcomes and low brand recall. Advertising trucks cannot pinpoint the exact audience that a business would like to reach. As such, the ad campaign might generate thousands of impressions per day, but only a handful of them will lead to direct action.

Certainly, digital mobile billboards help to solve much of the inefficiencies suffered by static and stationary billboards. In addition, they offer more flexibility for advertisers in terms of displaying different messages. Furthermore, digital boards are attractive hence difficult to ignore. Nevertheless, the medium worth the money?

The size of the digital advertising trucks varies depending on the size of the trucks ferrying it. A 4.8m wide x 2.4m high truck side digital board costs about $3,600 per truck for eight hours. Nevertheless, there is no guarantee that the impressions generated will translate to direct actions by the audience. Furthermore, mobile billboards may reach deeper into the target area hence generating high impressions. However, it is impossible for the advertising trucks  to pinpoint a certain demography of consumers. This lack of precise targeting implies that the conversion rate of the ad campaign is quite low.

The Billboard Industry will not be the same

Billboards are not attractive advertising methods. Most digital ads creation companies have put a temporary stop on ads creation. A reasonable overview of the current crisis wrought by the COVID-19 spread shows that making new ad videos may just end up as a waste of time and money for the ad shoot companies as well as it is for the owners of the business. In the coming weeks, ad buyers in the USA will tilt towards new advertising ideas the more. All methods of advertising that serve as workable alternatives to OOH advertising will shine as saviors. And they’ll shine the more if they provide equally satisfying results for the clients.

Traditional out-of-home advertising is expected to take the biggest hit. The estimated ad spend decline is 51% for March and April and another decline of 41% for May and June 2020. Traditional OOH is largely impacted considering far fewer people are outside reducing the appeal and effectiveness of billboards and digital displays.

A survey conducted by the platform Numerator indicated many industries are shifting their advertising messaging to in-home options. As example, restaurants are pivoting to food delivery message. Numerator reported that Burger King and Little Caesars are promoting new delivery options available in their stores.

Adzze has been working with its clients to adapt to a more sensitive message. The team has been extending the capabilities to offer advertising options that can reach the consumers at their safest place: at home. One of these concepts uses pizza boxes as advertising space that gets delivered at the homes of the audience. 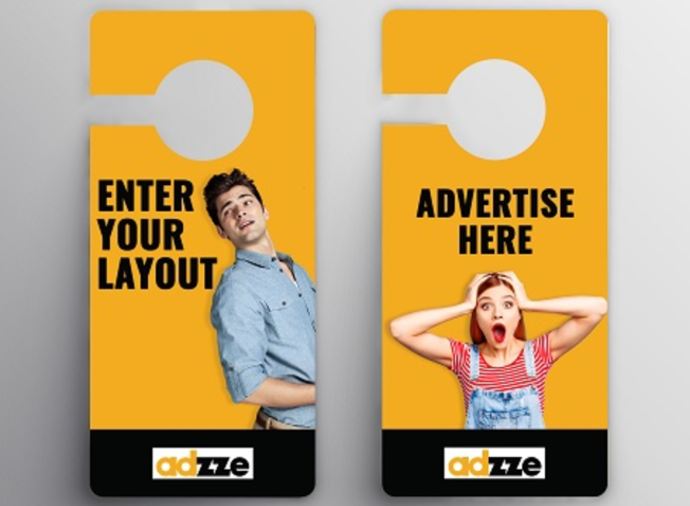 How much Door Hanger Advertising costs? 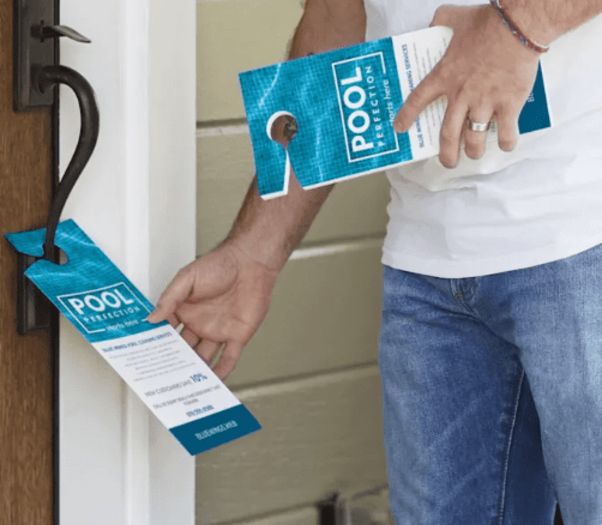 How to maximize the Door Hanger Marketing ROI 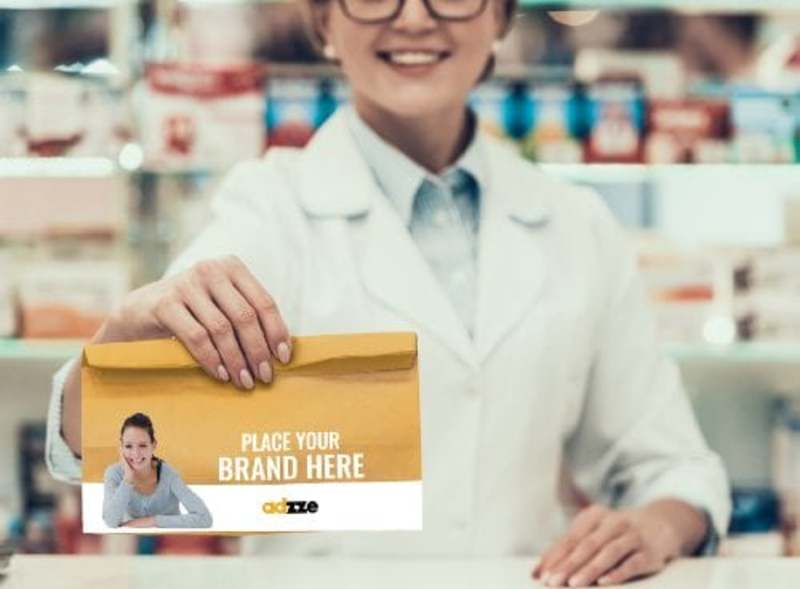 Here the benefits of Advertising with Pharmacy Displays